Home ➣ Fiesta Crosses of May

The Crosses of May in Andalucia 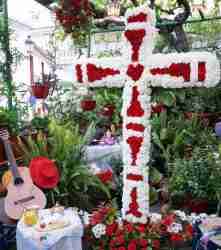 Flower crosses are made by and displayed in the centre of towns and villages across the Axarquia. Also known as Cruz de Mayo, these beautifully decorated are displayed in the streets and plazas on the 3rd May.

Origins of the Crosses of May

The origins of this tradition, as with many ancient festivities, is both pagan and religious.  Ancient people often celebrated the arrival of Spring with rituals and festivities. For example both the Greek and Romans celebrated the goddess of growth or Spring known as Maia. Sometimes these pagan celebrations would involve dancing around a tree – the symbol of fertility. In Britain this tradition evolved into the dancing around the Maypole. In Spain the pagan Spring celebrations probably developed into the worship of the Christian cross. 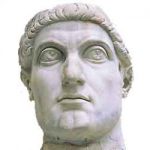 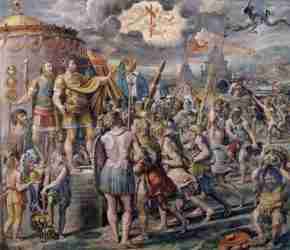 The Catholic tradition of venerating the cross in May can find its origins in the legend of the conversion to Christianity by the Roman Emperor Constantine. Around 312 AD the Emperor was facing a battle against a political rival, Maxentius.  The Emperor had a vision or a dream in which Christ’s cross appeared with the Latin words ‘In hoc signo vinces’, (‘with this sign you will conquer’). The emperor made a cross and displayed it at the front of his army and his battle was victorious.

Converting to christianity, Constantine sent his mother, Helena on a pilgramage to the Holy Land to locate the important relics of the Christian faith. Upon her arrival Helena consulted the wise men of the city and they took her to the place where Christ was said to have been crucified. 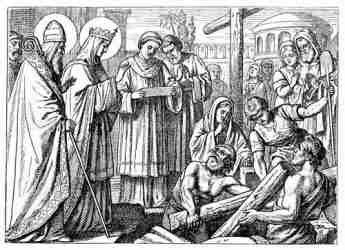 Legend says that here she found the true cross – confirmed after the miraculous healing of the sick who came into contact with it. The date of this discovery according to tradition was 3rd May 326 AD. The true cross was considered the most valuable treasure of the church and the feast of the cross is still celebrated in the Catholic calendar today.

In Spain the tradition of decorating crosses on the streets with elaborate scenery around them, like an altar, probably dates from the 18th century. Although the celebrations were interrupted during the Civil War the began to recover in the late 20th century and have become very popular in some Andalucian towns and villages. 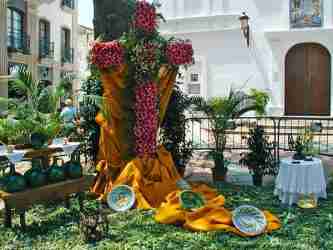 Nerja and Frigiliana both have very good displays in their streets and plazas. The displays are often adorned with Spanish shawls, plants and flowers and in the case of Nerja often have a nautical theme. Traditional Axarquian food and drink are usually distributed to tourists and residents visiting the floral altars. The festivities in Torrox are also notable with displays often built like an alter with the cross on top of a pyramid shaped staircase. Engraving of St Helena uncovering the Cross